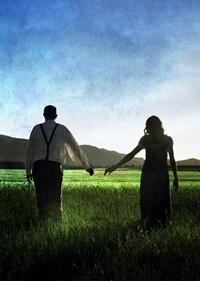 At the Northcott Theatre, Exeter on Saturday 22 March at 2.30pm

VocalEyes will be audio describing English Touring Theatre’s production of Translations at the Northcott Theatre, Exeter on Saturday 22 March 2014 at 2.30pm with a touch tour of the set at 1.30pm.

1833. Rural Ireland. The British Army arrives to translate Gaelic place names into the King’s English. Farm-girl Máire finds herself torn between the affections of the local school teacher and the love of a British soldier, between her native tongue and a new language, between the comfort of the world she knows and the excitement of foreign possibilities.

The resulting clash of two worlds threatens the very heart of the community as they struggle to interpret a new language and each other. What gets lost in translation?

‘A gripping and vibrant production of a hauntingly beautiful play.’ – Whats On Stage

‘A piece of work that is stunning to watch with a cast that absolutely nails the depths of this brutal and brilliant script.’ – Yorkshire Post

‘Brian Friel’s rich, lyrical, and particular and yet epic play is a portrait of a culture and a history under threat of obliteration… James Grieve’s superbly eloquent, magnificently performed revival… a flawless production which confirms the play’s status as a modern masterpiece.’ – Mail on Sunday

‘James Grieve’s pitch-perfect revival of Translations… a modern masterpiece in which complex ideas and feelings flow in unison… An evening that combines clever paradox with warmth, ingenious artifice with atmospheric authenticity, the remote past with the here-and-now. To speak plain: go.’ – The Telegraph