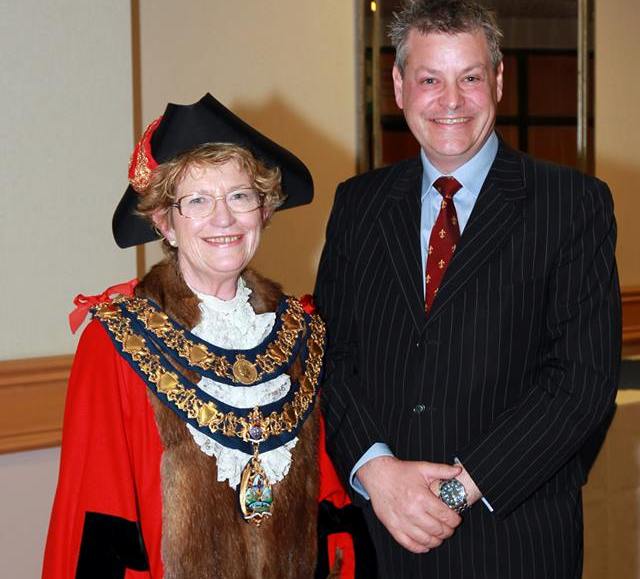 I was delighted to attend the Annual Meeting of Torbay Council on Wednesday 30th April 2014 where Councillor Jane Barnby was installed as the new Chairwoman.

The formal council meeting took place at the Riviera International Conference Centre in Torquay where I was joined by Chris Sumner (Devon in Sight Trustee). Councillor Barnby announced that her joint charities for the Municipal Year were to be Devon in Sight and Disability Support Torbay.

A Civic Reception and Luncheon  was held at the Redcliffe Hotel, Paignton where I was delighted to talk about the work of Devon in Sight in Torbay, particularly the Volunteer Visiting Service, to an audience of 130 people.

Co-ordinator Cherrie Crook sold raffle tickets raising £415 which was split between the charities.

We are delighted to have received this honour and look forward to working with Councillor Barnby to raise the profile of the charity in Torbay.