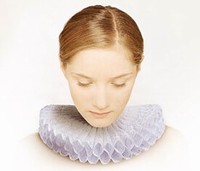 William Shakespeare’s daughter and talented apothecary is publically accused of having an affair with her neighbour, but who will swear to the truth when the case comes before the courts and God? This emotional thriller is based upon real events of 1613.

‘This is a lovely, compassionate play full of old-fashioned virtues and it gets a production to match its filigree delicacy in James Dacre’s revival which is so beautifully designed by Jonathan Fensom that you can almost smell the herbs in the garden.’

‘James Dacre’s English Touring Theatre production, especially resonant in the year of the 400th anniversary of Shakespeare’s death, has a seductive glow as it gently probes the nature of love and truth. Its pleasures are subtle, and quite beautiful.’ Times
‘James Dacre’s revival – in this strongly cast co-production – comes across as a luminous labour of love.’ Independent
‘A stirring evening that reminds that reality depends on perspective and sometimes fictions offer far greater truths than the facts.’ Guardian